In navigating our paths through life, our teachers are our guides. These guides manifest in many forms and as we open to them we experience personal growth. Subsequently, studying the technique, substance, composition and lighting from master painters such as Caravaggio and Velasquez, (among many others,) has served to inspired my current work. However, beyond those icons I have been guided and influenced, spiritually, by masters of philosophy, shamanism, plant medicines and meditation. These teachers have led me to deeper insights into the nature of the creative process. It is only a step in the journey, but my current work  is a culmination of several years of painting, learning, experimenting and a lifetime of seeking, each profound teachers in their own way. 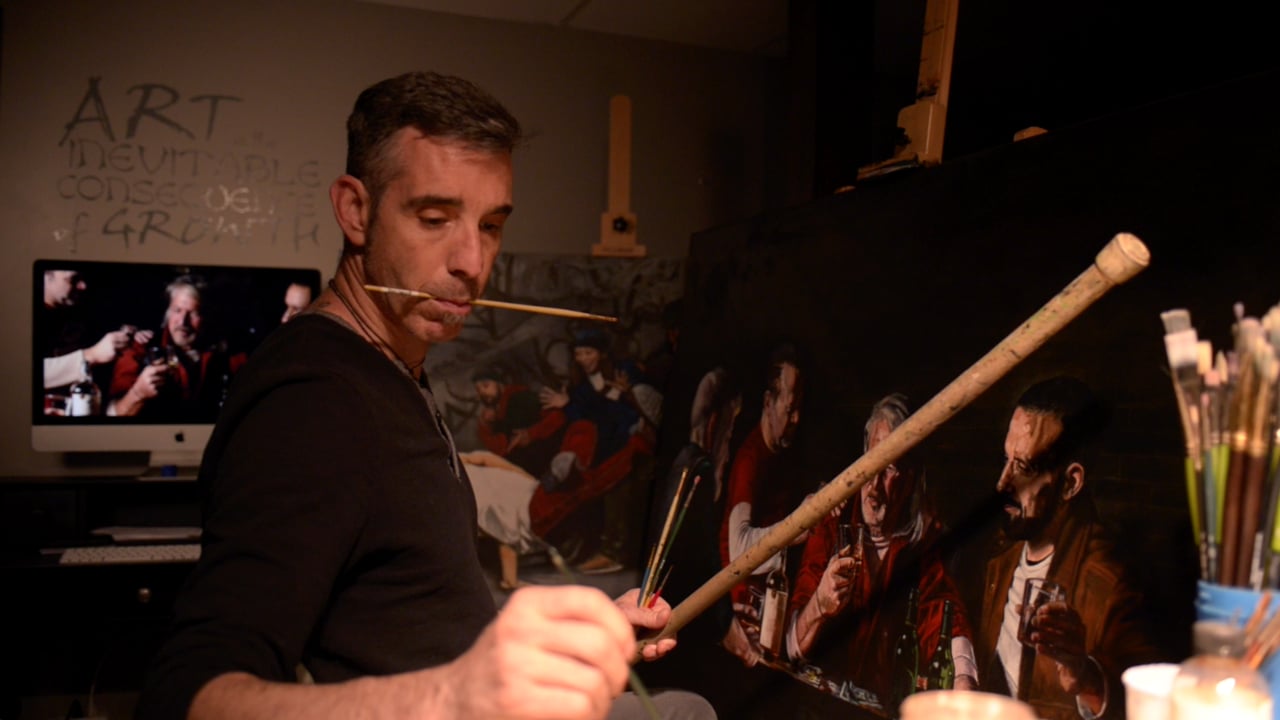 Although he has explored other mediums to communicate his ideas, Ritell is primarily a painter. His work is powerful in creating a mood, and seem to capture dramatic, even theatrical moments in time. He often takes the events of the distant sacred past and articulates the scenes in a contemporary light, modernizing the subjects to echo present day drama. One feels the connection to past narratives resonating through his paintings. A true Tenebrist, Russ accentuates the humanity of the subjects by using extreme contrasts of light and dark to emphasize details of gesture or facial expression. While Ritell’s work has clear historic references, it’s not stuck in the past. His contemporary day-in-the-life approach to subject matter makes his art relevant. The vastness of his paintings fills your whole vision. The absolute blackness and stark light pull you in to his subjects’ angst and drama. You cannot help but feel for his subjects as if you know them, love them, pity them. Russ states that he has been guided and influenced, spiritually, by masters of philosophy, shamanism, plant medicines and meditation. These teachers have led him to deeper insights into the nature of the creative process.

Russ Ritell was born 40 minutes north of NYC. Russ graduated from the School of Visual Arts, and has been working professionally as a designer / animator for the past 17 years. This profession has allowed Russ to grow by expanding his artistic abilities to include animation, video and technical knowledge into recent projects. A father of two girls, Russell finds time to work, passionately, on paintings and conceptual work at his home studio in Cold Spring, NY. 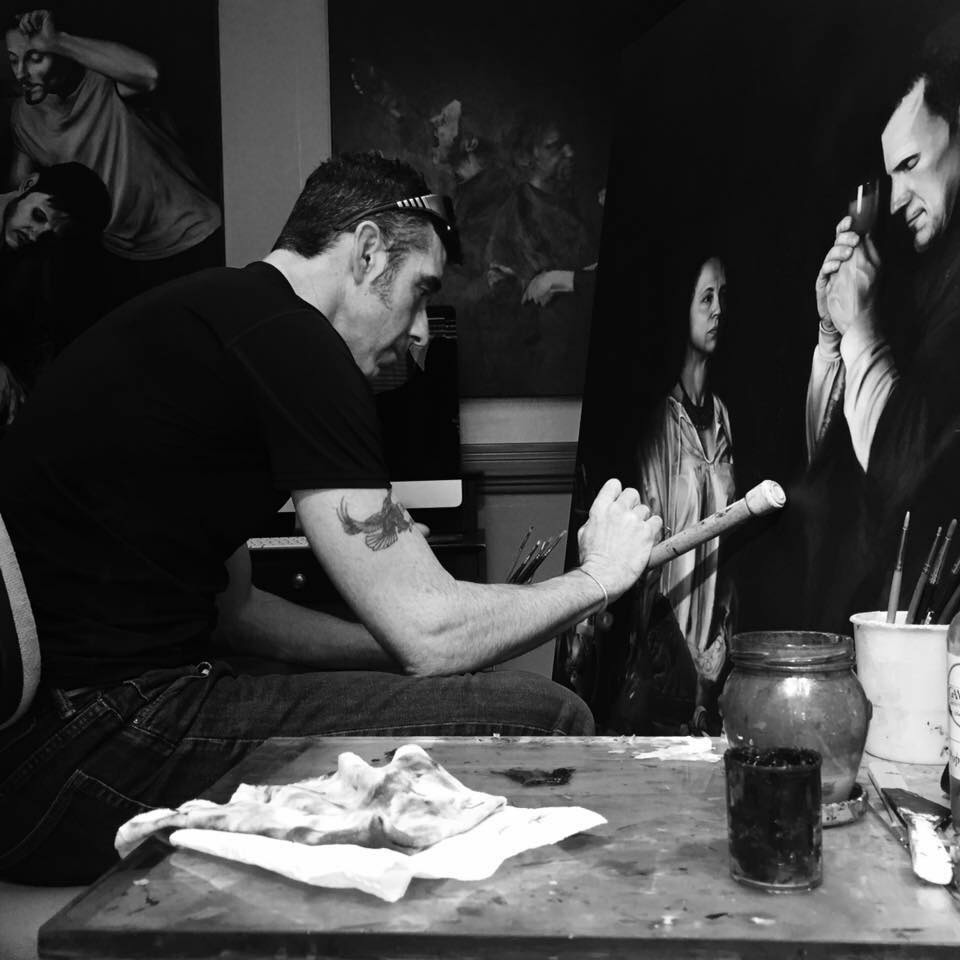